Joy's new book, Arnold Schoenberg's 'A Survivor from Warsaw' in Postwar Europe, was released this month from the University of California Press. Calico is Assoc. Prof. of Musicology at the Blair School of Music, Vanderbilt University. 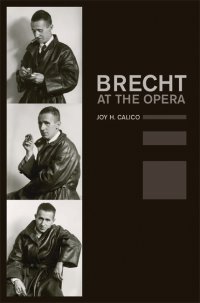 As librettist, playwright and theatrical innovator, Bertolt Brecht bore a lifelong ambivalence with opera. In her 2008 book Brecht at the Opera, Joy Calico observes that "despite his vociferous and oft-quoted claims to the contrary... [Brecht] never made his peace with the genre."  Although the artist completed three operas and attempted two dozen more with composers like Weill, Hindemith, Eisler and Dessau, Brecht’s antipathy for Wagner’s work colored his own.  Calico argues that Brecht's "resistance to the narcotic manipulation of Wagner’s continuous music and its aesthetic domination of German theater motivated his epic experiments, even while his knowledge of operatic practice informed those anti-opera efforts."

As part of the California Studies in Twentieth-Century Music (ed. Richard Taruskin, University of California Press), Brecht at the Opera marks the first full-length, systematic study of the artist's relationship with opera. As such, the text engages with a broad range of scholarship, including musicology, German studies, theater, émigré and exile studies, and performance studies. Calico credits her interdisciplinary academic experiences at Duke for the expertise needed for this project: "This is precisely the kind of work my Duke training prepared me to do, as the three courses I was required to take outside the department piqued my interest in methodologies in history and German studies..."

Calico's intellectual versatility spurs her forthcoming essays in two anthologies. For Wagner and Cinema, edited by Jeongwon Joe and Sander Gilman (Indiana University Press), Calico examines the first full-length film version of a Wagner opera, a 1964 treatment of The Flying Dutchman by the East Germany film company DEFA. Her work elucidates the tensions around Wagnerian opera in 1960s East German cultural politics, and the peculiar relationships between Wagner opera and East German horror film. In her contribution to The Arts of the Prima Donna in the Long Nineteenth Century, edited by Rachel Cowgill and Hilary Poriss (Oxford University Press), Calico recounts how the sopranos who premiered the title roles in Strauss’s Salome and Elektra parlayed their attendant scandals into public relations coups. 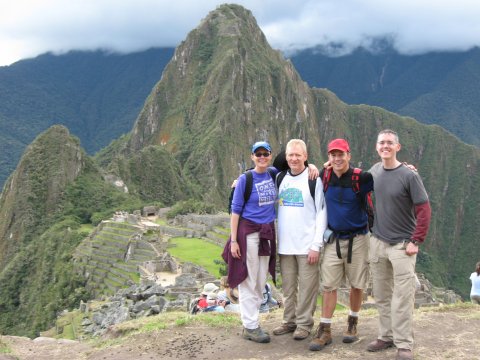 Calico's future projects include research on Arnold Schoenberg, for which she received a Frederick Burkhardt Residential Fellowship for Recently Tenured Scholars through the American Council of Learned Societies. As a fellow, Calico will spend academic year 2009-2010 in residence at the Radcliffe Institute for Advanced Study at Harvard University. In this new book, entitled Musical Remigration: ‘A Survivor from Warsaw’ in Postwar Europe, Calico engages with the performance and reception history of Schoenberg’s piece in seven different European contexts between 1950 and 1961 (East and West Germany, Vienna, Warsaw, Oslo, Paris, and Prague).  Her work interrogates issues of musical modernism, remigration, and the Jewish question on both sides of the Cold War divide.

Along with her eye-widening commitments to her research, her students and other academic service, Calico balances her life by singing with an amateur and a semi-professional choir, and training for half- and full-marathons (including the 2005 Berlin Marathon when she was a fellow at the American Academy in Berlin). Here she's featured with her husband Chris (in the red hat) and friends during a hike to Machu Picchu (Calico points out that "we HIKED to Machu Picchu and camped on the Inca Trail over 3.5 days" rather than taking a tourist bus). Calico is currently Associate Professor of Musicology at Vanderbilt University's Blair School of Music.