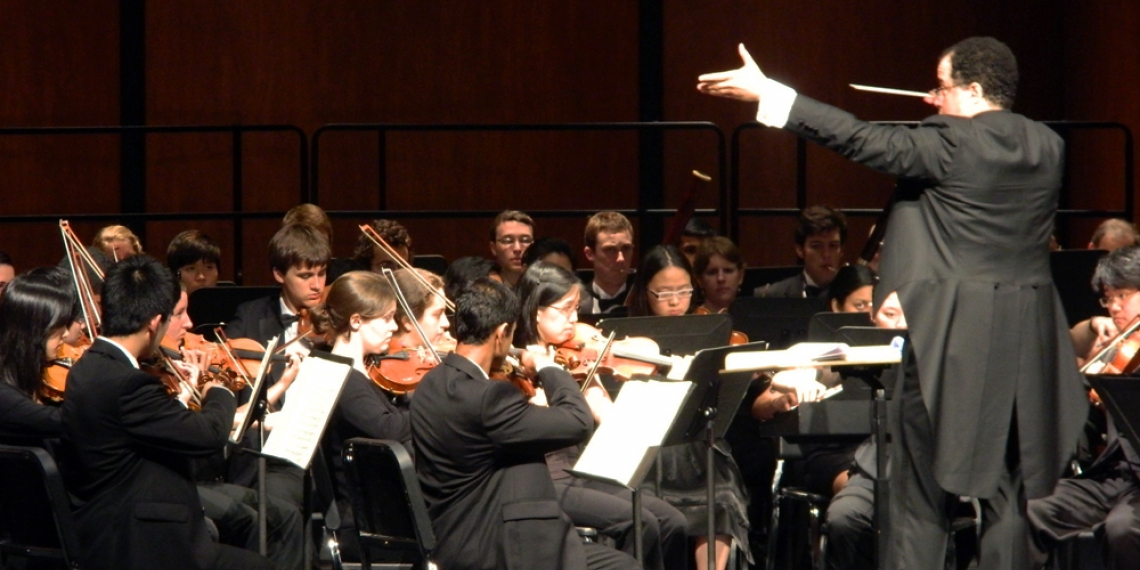 The Duke Symphony Orchestra, directed by Harry Davidson, numbers some 80-100 players and draws its membership almost entirely from the student body.

The Duke Symphony Orchestra, open to all members of the University community by audition, performs orchestral repertoire of the 18th through 20th centuries. Since the spring of 2004, the DSO has made memorable, annual trips to Beaufort, South Carolina, to play benefit concerts for the Duke-affiliated Keyserling Cancer Center, raising a combined total of over $250,000. The Pops Concert on the East Campus Quad is a beloved Labor Day Weekend tradition that is entirely planned and carried out by the student-run Orchestra Committee.

Each year the Symphony's programs are centered around an overall theme, which may be a specific composer and his influences, a musical genre such as opera, or a group of interrelated composers.

This concert, featuring sopranos Caroline Bergan and Coraine Tate and members of the Antic Shakespeare Company directed by Jay O’Berski, was the first in the Duke Symphony Orchestra's season of Musical Shakespeare, in celebration of the greatest writer's inspiration in the realm of music during the year of the 400th anniversary of his death. (Photo Credit: Elizabeth Thompson)

Director of the Duke Symphony Orchestra
Harry L. Davidson
Professor of the Practice in the Department of Music
(919) 660-3324
hdavid@duke.edu