Tickets on sale on May 24 at tickets.duke.edu.

Caroline Stinson is cellist with the Ciompi String Quartet and Associate Professor of the Practice at Duke University. She performs widely as a soloist, recitalist and chamber musician, appearing at Zankel Hall (Carnegie), The Gardner Museum (Boston) and The Smithsonian (DC); the Koelner Philharmonie, Lucerne Festival and Cité de la Musique in Europe, and the Centennial Centre in Canada.

Emi Ferguson stretches the boundaries of what is expected of modern-day musicians. Her unique approach to the flute can be heard in performances that alternate between the Silver Flute, Historical Flutes, and Auxilary Flutes. As a historical Flutist, she is Principal Flute of the Handel and Haydn Society, and is a frequent guest artist with period ensembles including Tafelmusik. She is on the faculty of the Juilliard School.

Stephanie Vial performs regularly in early music ensembles throughout the US and has given solo and chamber music concerts, lectures, and master classes at numerous universities including The University of Virginia, Duke University, and The Curtis Institute of Music. She is co-director of the period instrument ensemble The Vivaldi Project and is on the faculty at UNC-Chapel Hill.

END_OF_DOCUMENT_TOKEN_TO_BE_REPLACED 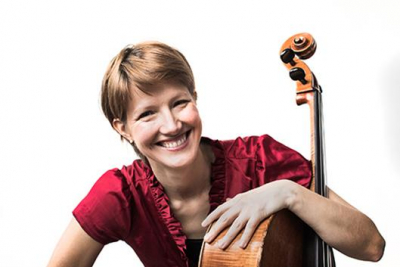