Performance and collaboration with the members of the Composition Seminar "Double Consciousness: Perspectives on Black Music and Poetry," featuring premieres and conversation. This concert is presented in association with the Department of English, Encounters: With the Music of Our Time, and the Mary Duke Biddle Foundation.

Louise Toppin, finalist in the Munich International Competition and winner of the Metropolitan Opera regional auditions, has received critical acclaim for her operatic, orchestral, and oratorio performances in the United States, Czech Republic, Scotland, Japan, China, Uruguay, Sweden, the Caribbean, Bermuda, New Zealand, England, and Spain. She has appeared in recital on concert series including Carnegie Hall (Weill Recital Hall), Lincoln Center, Merkin Hall, Licieu Theatre in Barcelona, Spain and the International Albeniz Festival in Camprodon, Spain. She is Professor of Voice at the University of Michigan School of Music, Theatre & Dance. Prior to joining the faculty at the University of Michigan, she was the Kappa Kappa Gamma Distinguished University Professor of Music and Chair of the Department of Music at the University of North Carolina, Chapel Hill.

John O'Brien is on the faculty at the East Carolina University School of Music, where he teaches piano, harpsichord, and directs the Early Music Ensemble. He has performed in New York's Merkin Recital Hall and at the Istanbul Festival with cellist Selma Gokcen.

END_OF_DOCUMENT_TOKEN_TO_BE_REPLACED 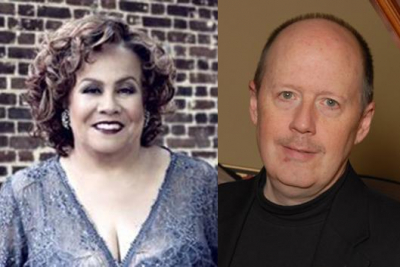