On September 25, Ken Cowan will perform on Duke Chapel's Aeolian organ. Cowan, Professor of Organ at Rice University, is regarded as one of North America's premier concert organists, and a rigorous performing schedule takes him to major concert venues in Europe and Asia as well. His performances are praised for dazzling artistry, impeccable technique, and imaginative programming by audiences and critics alike. As one reviewer exclaimed (in "The Diapason"): "It is difficult to find enough adjectives to describe Ken Cowan's playing. He is simply one of the best anywhere." 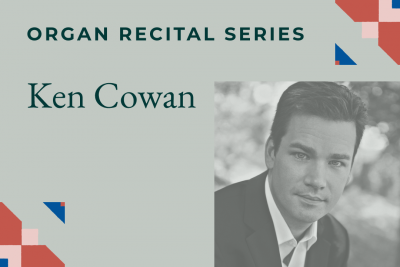