This recital has been postponed and a new date for it will be announced when determined.

A recipient of a Borletti-Buitoni Trust Fellowship, Ieva Jokubaviciute released her debut recording in 2010 on Labor Records to international acclaim, which resulted in recitals in New York, Chicago, Philadelphia, Baltimore, Washington D. C., Vilnius, and Toulouse. As a founding member of the Naumburg International Chamber Music Competition winning piano trio, Trio Cavatina, and as a collaborator, Ms. Jokubaviciute has performed in prestigious halls such as Carnegie Hall's Stern Auditorium, Wigmore Hall, and the Kennedy Center. She is a faculty member of the Kneisel Hall Chamber Music Festival and School, has toured nationally with Musicians from Marlboro, and collaborates in recitals with violinist Midori in Europe, Asia, and South America. She joined the Duke Music faculty last year as Associate Professor of Practice.

Laurie Smukler earned her Bachelor of Music from The Juilliard School, where she studied with Ivan Galamian; other Juilliard faculty who have had a powerful influence on her development are Donald Weilerstein and Robert Mann. The founding first violinist of the Mendelssohn String Quartet, Smukler has been co-director of the Collection in Concert series at the Pierpont Morgan Library, and played on many chamber music series and been a guest artist at many festivals. She has been on the faculties of Purchase College Conservatory of Music, Kneisel Hall Chamber Music Festival and School, the Manhattan School of Music, Mannes College, and the Bard College Conservatory. She gives master classes and has played premieres of works by Shulamit Ran, Ned Rorem, Tobias Picker, Bruce Adolphe, John Harbison, and others.

Duke Music prioritizes the health and safety of our extended community. We strongly encourage all individuals to be fully vaccinated before attending performances & other events in our venues. University, local, and state regulations are subject to change on short notice depending on public health conditions. Guidelines for Duke University campus visitors can be found at https://returnto.duke.edu/campus-visitors/

END_OF_DOCUMENT_TOKEN_TO_BE_REPLACED 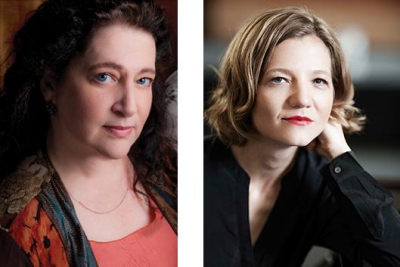