If you're unable to attend this concert, livestream it at: https://youtu.be/3DYSCISMcLU. View the program: https://music.duke.edu/sites/music.duke.edu/files/documents/Mamba_Heid_….

Thandolwethu Mamba is a baritone with a "magnificent voice" and "artistry [that] is comparable to the best world-class singers many times his age" (CVNC). Born and raised in the small township of Msunduza, Mbabane in the Kingdom of Eswatini, he came to the United States after having studied in Armenia for two years where he saw his first live opera. He received his Bachelor of Arts in Music from Duke University in 2020 where he studied with Susan Dunn and his Masters in Vocal Performance at the Frost School of Music in 2022 where he studied with Kim Josephson. Thando, as he is more commonly known, recently won the Heafner-Williams Voice Competition (2022) and was the winner of the Benton-Schmidt Competition and the Raleigh Symphony Orchestra Rising Stars Competition in 2020. His recent opera credits include his creation of the role of Don Calogero Sedàra in "The Leopard" by composer Michael Dellaira (2022), Signor Deluso in "Town Magistrate" with Florida Grand Opera (2021), and the title role in "Gianni Schicchi" with Si parla, si canta! in Verona and Miasino, Italy (2019). Thando is currently in St Louis, MO, with the Opera Theatre of Saint Louis for their Festival Season 2022. As a Gerdine Young Artist, he will be performing in multiple productions of "Carmen," "The Magic Flute," and "Harvey Milk" and feature as a soloist in two center-stage concerts.

David Heid comes to North Carolina after a successful career in New York City as a vocal coach/accompanist. Among the many well-known singers he has performed with are Karen Beardsley, Susan Dunn, Adria Firestone, Carolyn James and Christine Weidinger. Also an arranger and conductor, he made his Lincoln Center debut in Alice Tully Hall in 1994. In the summer of 1997, he was heard at both the Darling Harbor Convention Center and the historic Towne Hall in Sydney, Australia. His coaching clients include past Grammy and Tony Award winners. David is on the faculty at Duke University where he is the Director of Opera Theater as well as teaching piano and working with singers. He is in demand throughout the Raleigh/Durham/Chapel Hill area as a collaborative artist.

END_OF_DOCUMENT_TOKEN_TO_BE_REPLACED 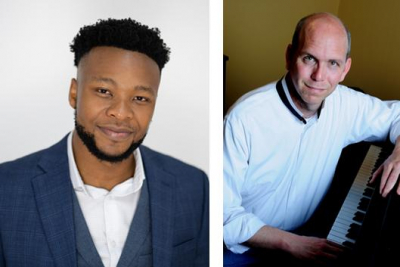