Mr. Zorman was invited to the Verbier, Marlboro, Rheingau, Mecklenburg-Vorpommern and Radio France Festivals. He is a member of the Israeli Chamber project, and a member of the Lysander Piano Trio, which won the 2012 Concert Artists Guild Competition.

Mr. Zorman studied at the Jerusalem Academy, The Juilliard School, Manhattan School of Music and the Kronberg Academy, working with Sylvia Rosenberg, Christian Tetzlaff and Mauricio Fuks. He is currently a Visiting Guest Artist at the Eastman School of Music. Mr. Zorman plays a 1734 Guarneri Del Gesù violin from the collection of Yehuda Zisapel.

Music masterclasses are free and open to the public.

END_OF_DOCUMENT_TOKEN_TO_BE_REPLACED 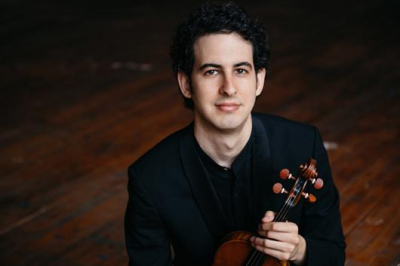