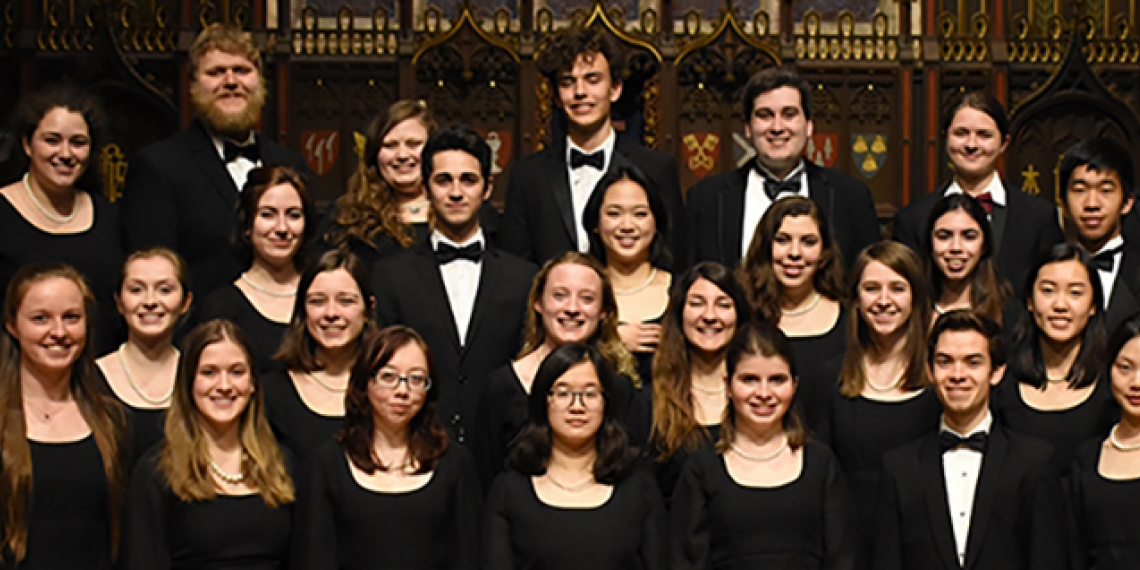 The Chorale and Chamber Choir repertoire features both sacred and secular music from many cultures and traditions, much of it unaccompanied, ranging from Renaissance motets to contemporary works, and including both simpler and more complex music. In recent years the Chorale has also performed many major works with orchestra, including Rutter’s Requiem, Philip Glass’s Itaipu, Bach's St. John Passion, Mendelssohn’s St. Paul, and Britten's War Requiem.

Because of its strong ties to the university and community, the Chorale sings not only on campus (in formal concerts as well as occasional university events and Duke basketball games) but also in the Durham community (at nursing homes and the Durham Rescue Mission, e.g.). Their annual family-style Christmas program fills Duke Chapel with audience members of all ages, who bring large amounts of food for area homeless shelters.

Formed in 1970 when the Men’s and Women’s Glee Clubs were combined into a single choir, the Chorale has a long-standing tradition of touring tours during Duke’s Spring Break. Past international tours, which occur every four years, have taken the group to China, Central America, and many parts of Europe, while their domestic tours alternate between California, the Northeast, and the Southeast.

These photos were taken during a video recording session on Sept. 12, 2020 in Baldwin Auditorium.

On April 24, the Duke Chorale would have performed their annual Celebration Concert in the Mary Duke Biddle Music Building. This year, they gathered via Zoom for a virtual concert that began with virtual back rubs to loosen up. Director Rodney Wynkoop describes the event: "For 2/3 of the concert, the singers were singing along (muted) with the video from our final tour concert (in Forsyth, GA). As always, the middle section of the concert featured solos and duets, which we performed either live or from a recording file. Rick [Nelson] was a great help in making this happen and recording the event." (Photo Credit: Rodney Wynkoop)